Nailed or Glued: How to Skillfully Remove Fitted Carpeting 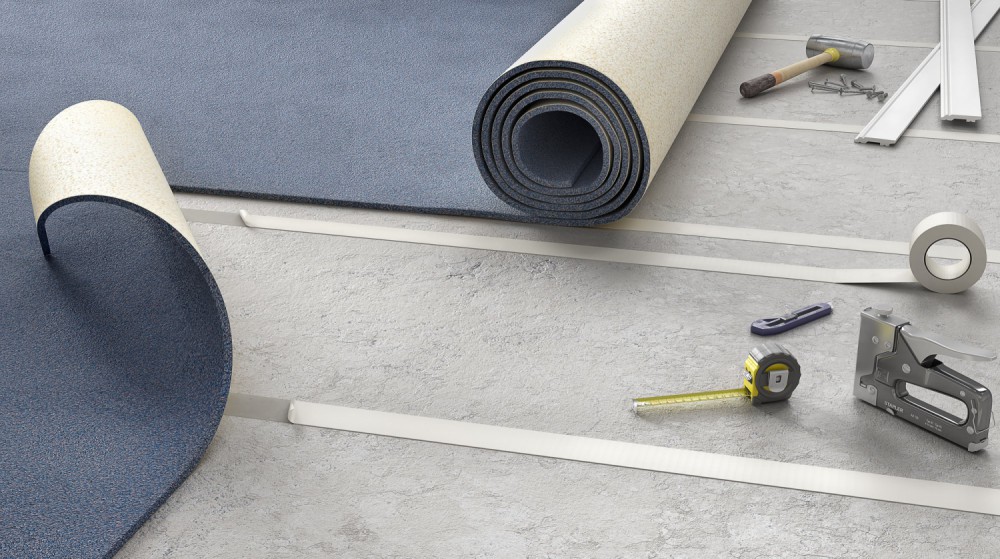 Have you just bought a house, but hate the old-fashioned carpets? Swapping them out for brand new flooring may be more difficult than you think. There is always the risk that you will make the process more complicated than it has to be or that the subfloor will be damaged in the process.

In the ’60s and ’70s, it was very trendy to lay carpeting throughout the house as it is soft underfoot and provides great soundproofing. Nowadays, however, many prefer to remove it as it requires more maintenance and because of concerns as to how it might adversely affect air quality.

Whether it was originally nailed down or glued, here is what you need to do to avoid any problems.

Wear a mask! The glue may release dangerous fumes.

It is harder to remove carpeting that has been glued into place over being simply nailed down. People regularly get injured — often in the back — while carrying out this reno project. Renting a machine specially designed for this purpose can make your life easier. But if you prefer the DIY route, follow these steps.

Your carpet may be concealing a magnificent hardwood floor. Just give it a good sanding and voilà!

When the time has come to pull up an old carpet, count your lucky stars if it was originally installed with nails. It will be much simpler to remove than if it had been glued. But that doesn’t mean it isn’t equally a lengthy process. In both cases, you will have to work patiently. Follow these steps.

Now that your old glued or nailed carpeting is gone, all that remains is to restore the wooden floor to its former glory, if it can be salvaged. In some cases, a throughout sanding and fresh coat of varnish is all you’ll need. Otherwise, simply install the new flooring of your choice.

14 Questions to Ask a Real Estate Broker
You Can’t Install Bamboo Flooring Like You Would Hardwood!
10 Tips to Brighten Up Your Home When You’re Feeling Low
7 Excellent Reasons to Move to Estrie
10 Rooms in Your Home Elevated with Graphic Art
Nailed or Glued: How to Skillfully Remove Fitted Carpeting
11 Tips for a Windowless Bathroom